If arts and cultural experiences are important components of your lifestyle, there isn't a better place to live than Sarasota Florida. Sarasota, Florida, named the "#1 Small City in the Nation for the Arts," is the center of Florida’s arts and cultural scene. Sarasota, with its performing arts theatres, the Sarasota Opera, the Sarasota Ballet, the Sarasota Orchestra and too many art galleries and museums to mention rivals the arts environments of many of the biggest cities in the United States.

The genesis of the arts in Sarasota began with John and Mable Ringling when, in 19 24, their first Sarasota project was construction of their magnificent 56-room Venetian Gothic mansion, the Cà d’Zan. The Ringlings collected a significant number of European paintings and art objects which he housed in a 21 gallery Ringling Museum of Art. His Cà d’Zan mansion and the museum, bequeathed to the people of Florida at his death in 1936, was subsequently opened to the public.

The Van Wezel Performing Arts Hall hosts travelling shows ranging from musical acts to Broadway revivals while the Sarasota Orchestra, the oldest continuing orchestra in Florida entertains music lovers. The Sarasota Ballet will perform 8 different programs this year during its October through April, 2018 season. Several smaller theater companies perform comedies and dramas on a variety of stages like the Banyon Theater in Sarasota and the Venice Little Theater.

The Asolo Repertoire Theater is a full repertoire theater visited by over 100,000 people each season.    Thanks to the Ringling College of Art & Design, Sarasota also hosts a thriving community of visual artists who display their craft at many school-sponsored exhibits. Numerous Sarasota galleries offer the works of both young artists and the works of more established artists.

Sarasota's rich artistic atmosphere has spawned a host of festivals. The Sarasota Film Festival in April and Sarasota Music Festival each June draw people from all over. Sarasota and Bradenton both offer Blues Festivals every year and live music from contemporary to jazz emanates from downtown pubs and clubs virtually every night.

Whether arts and culture have been mainstream to you lifestyle or just a passing fancy you've never had the time to pursue, Sarasota Florida will rekindle your artistic side. In short, if having access to the widest possible array of arts and cultural experiences in a smaller, warmer, and more inviting mid-size town are something you seek, there isn't a better place to live than Sarasota Florida.

Please call me now at 941.928.3424.   I would be delighted to listen carefully to your needs and wishes.  Then, I'll work tirelessly to find the Sarasota luxury home or condo that perfectly fulfills your dreams in Downtown Sarasota, in one of our vintage neighborhoods or in a luxurious country club community.

CLICK HERE FOR MORE INFORMATION ABOUT THIS PROPERTY! Or to have a Global Luxury Real Estate Advisor, Judie Berger, help you buy or sell a luxury ...Read More 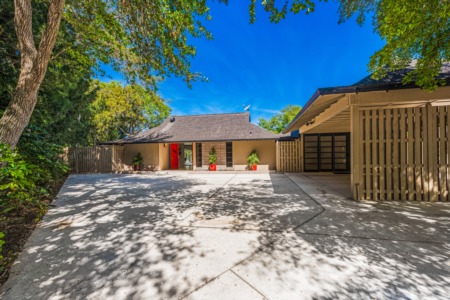 We Are Proud to Announce...

To have Global Luxury Real Estate Advisor, Judie Berger, help you buy or sell a luxury home in Sarasota area, contact her today by completing the ...Read More