An estimated 3.3 million dogs live in shelters across America. Keri Caraher decided to do something about it with the help of her partner, Ethan Wilhelm. They created The Canine Stars, a traveling performance show that not only entertains but also demonstrates what’s possible with rescue dogs.

Have you always had dogs? How did you get into dog shows?

I had a dog as a child, but it wasn’t until 1999 that I got my own, a Great Dane. One day, I saw a dog agility competition on TV and thought, “I wonder if she could do that?” Since there were no classes available, I built my own agility equipment. I started learning about agility trials and got completely hooked.

We started competing all over the country, including the national championships in the US and Canada, and then expanded to other sports like Frisbee and flyball racing. She became well known, and a few dog-performance shows heard about us and hired us.

What’s the difference between performing and competing?

Performing at an entertainment show and competing at a dog show are completely different. When you compete, you pay for everything and your dog is judged. If you make one mistake, you fail—not so fun. However, no matter what the dogs do at entertainment shows, they’re winners because everybody cheers for them. Every single show is fun. It was obvious which path I should take.

How did The Canine Stars come about?

We were touring with Canada’s biggest performing show and two of the biggest shows in the US, but there wasn’t enough work to do it full time. That’s when I decided to start my own company with Ethan in 2012.

How many dogs do you own? How many are in your show, and how many trainers are part of it?

Ethan and I have fourteen dogs. We have our main performers that are in their prime, some up-and-coming ones we’re training, and several retired ones.

At least twenty different trainers do shows with us. Some tour with us all summer, and others will only come to one show because we’re in their city every year.

How busy are you with The Canine Stars? How much do you travel?

2019 was our biggest year; I was only home for one month total. We do a lot of shows, and traveling between the shows also takes up a lot of time. For example, we did a show at the Alaska State Fair and our next show was in Mexico City, so we drove straight from one to the other. The van we bought at the end of 2016 just hit 220,000 miles, and that’s only one of three vehicles we tour with.

How did COVID-19 impact your show?

When COVID hit, all but one of our 2020 shows were canceled. In 2021, we were back to half capacity, but we still had a lot of cancellations, especially in Canada. It was difficult because we couldn’t continue our mission: to encourage adoption and having strong relationships with dogs.

To keep communication open with our big fan base of kids, we decided to do an Instagram contest. We’d pick five kids from anywhere in the world between the ages of twelve and eighteen to be in our Youth Performer Mentorship Program and help them train their dogs via Zoom. We got over one hundred incredible entries from sixteen different countries. To meet this demand, we also started an online dog school.

And then America’s Got Talent came calling. How did that come about?

One of our trainers, Sara Carson, and her dog, Hero, had been on America’s Got Talent about five years ago. Since then, AGT has emailed us every year asking us to send in a video, but we were always too busy. In 2020, our team came up with and virtually filmed a cool idea. AGT loved it and invited us to audition.

But there was a big problem—our Canadian trainers couldn’t cross the border. Two weeks before our audition in LA, we had to replace those spots. We tried to figure out who was available and would be a good match for our audition, which had the dogs portraying the show’s judges.

So we went to our school and asked if any students were interested in this opportunity. One flew in from North Carolina and one from Alaska—and they were both sixteen years old. We’d never met the teen from North Carolina before; she just practiced at home using our audition video. The Alaskan dog was only a year old and had never performed in public before. They all pulled it off, though, and were great!

Tell us about the serious message behind the fun:

First and foremost, it’s about having fun with your dog, no matter their breed or age. If a dog doesn’t like swimming, we’re not going to have them dock diving. Just discover what a dog likes and turn that into a fun game or sport.

We also encourage people to adopt from rescue groups. They already know the dogs’ personalities and can match them to yours and what you’re looking for. So a huge part of The Canine Stars is sharing a dog’s story on stage to show how far they’ve come and what they can do.

Do any of your dogs stand out as being particularly inspirational?

They all do, but Whoopie Pie does especially. I was driving from Michigan to Florida and saw a dog running down an interstate median in Georgia. When we finally got to her, we found that she had a huge gash in her neck, a lot of bite wounds from fighting, and tons of ticks and fleas. Plus, she had clearly had a litter of puppies recently. She was a complete mess. We fed and leashed her and tried to find a place for her down there but couldn’t.

She’s been with us for nine years now. She’s great with people and an amazing dock diver and Frisbee dog. We promote her story as an example of any rescue dog’s potential. She’s now a star of the show and has raving fans.

What events do the crowds enjoy most?

Dock diving is the most popular because the dogs run at full speed for forty feet and then launch thirty feet in the air before splashing down into the pool. High jumping is also popular, as are agility racing and head-to-head pull racing. We like to include dogs of all different sizes and breeds in the events.

The Canine Stars is now celebrating its tenth year. What are your dreams for the next ten years? I think we’ve done everything there is to do for a thirty-minute North American performance show. I hope our AGT experience opens the door for us to be in their new show in Las Vegas and for more TV opportunities. I’d also love to do a world tour.

What do your dogs mean to you?

These dogs are our pets, but they are also family. They sleep in our beds at night. We encourage them to do what they love doing, and that’s it. If I died today, I would die happy. We’ve done so much to help our dogs and others out there, but there’s much more we can do. 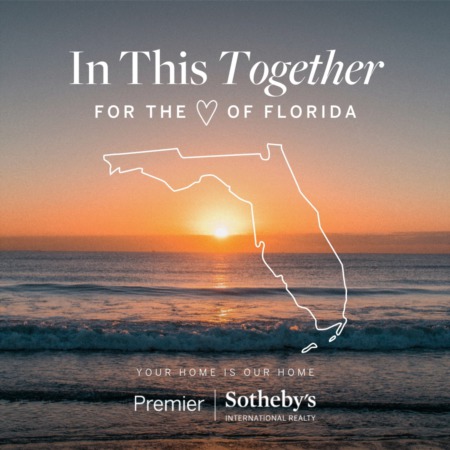